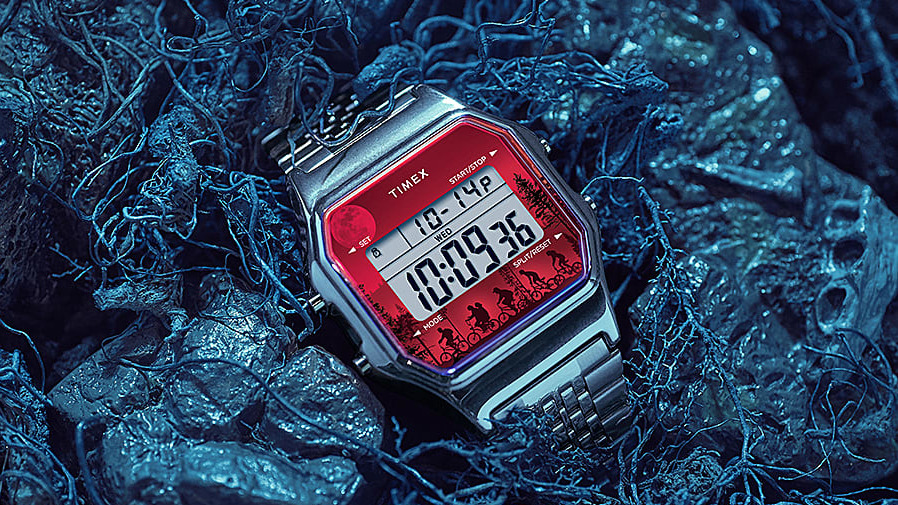 Stranger Things season four has arrived with its iconic spark. If you are one of the whopping 196 million global Netflix users to have tuned into the series since its launch in 2016, Timex has a pleasant surprise for you.

Timex has collaborated with Netflix’s Stranger Things. While it’s undeniable that the season has raised the temperature in OTT, many people are yet to watch it. Timex’s collaboration with Stranger Things will blow your mind and take you to a whole new dimension.

In an alternate reality called the Upside Down, the series revolves around several supernatural events in Hawkins, Indiana, primarily due to a link established by a government-run child experimentation facility between the Upside Down and the Earth. The Timex collaboration is mainly based on the Upside Down reality featured in the sci-fi drama. Timex Camper, Timex T80, and Timex Atlantis — three of Timex’s most iconic cult classics — have been given an exotic touch to bring reliable timekeeping to every dimension, thanks to this electrifying collection. 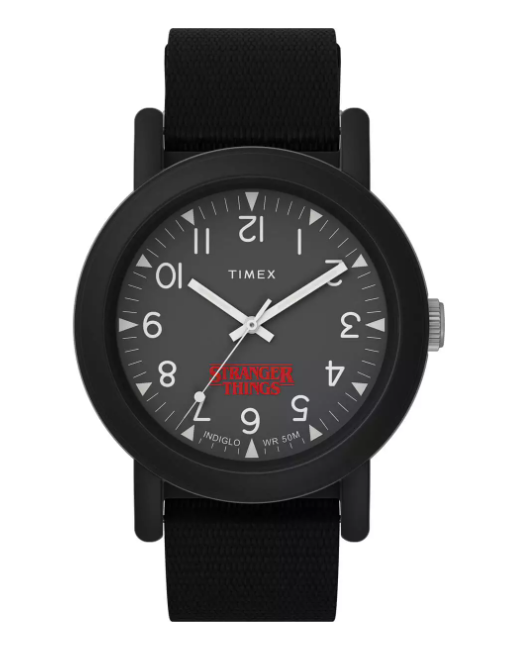 Paranormal forces have engulfed the original Timex Camper since it was last released, as seen on Lucas Sinclair in the upcoming season. The Timex Camper X Stranger Things is an exclusive edition of Timex Camper, an iconic timepiece from Timex. This watch features a sinister Demogorgon imagery, and when the INDIGLO backlight is on, it gives it a spooky appearance. The numbers on the watch dial are positioned in an Upside Down manner, reflecting the very theme of the show. The price of the watch is INR 7,495 in India. It gives you a perfect fandom experience if you are obsessed with the horror series. It is a unisex watch, so you can use it regardless of gender.

Timex Atlantis x Stranger Things Resin Strap Watch is an excellent timepiece – a product of Timex’s legendary watchmaking and the sheer craze of Stranger Things. The Timex Atlantis is a black strapped watch that can never fail to keep you up with time, even in an alternate dimension. With spooky graphics and an eerie INDIGLO® backlight inspired by the iconic Timex Atlantis in its original 40mm form, the watch is water-resistant (up to 100 meters).

For all Stranger Things fans out there, the excitement has just begun! Don’t lose out on the fun, horror, and drama of the spine-chilling collections of Timex X Stranger Things.

Whether you’re looking for fitness watches or theme-based timepieces, Timex has something for everyone!